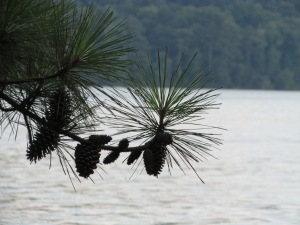 “You’re in rock ‘n’ roll heaven, man,” growls Keith Richards in an interview in Muscle Shoals, the documentary about the musical heritage of the Shoals area of northwest Alabama. The film focuses on the intertwined stories of Rick Hall’s FAME Studios and Muscle Shoals Sound Studio. It is a compelling story that needs to be told and director Greg “Freddy” Camalier tells it with brisk pacing and verve using music recorded in the area and ample interviews with the makers of the magic that came out of the place in a specific time in American musical history.

I was fortunate to see Muscle Shoals on August 24, 2013, at the Sidewalk Film Festival in Birmingham and have viewed it a couple of times since. My first screening at the Alabama Theatre was as part of a packed house in advance of the film’s official release on September 27, 2013. Even for a viewer familiar with the musical heritage of the Shoals, the movie is full of new information and insights by interview subjects including Gregg Allman, Bono, Clarence Carter, Jimmy Cliff, Aretha Franklin, Donna Godchaux, Mick Jagger, Alicia Keys, Keith Richards, Percy Sledge, Candi Staton, and Steve Winwood.

The powerful conceit running through the movie is that there is music in the magical waters of the Tennessee River around the Shoals. The Tennessee curves through Alabama from its northeast corner to its northwest corner, cutting a crescent in the northernmost part of the state. The Native Americans’ word for the river meant “the river that sings” and the four towns of Florence, Muscle Shoals, Sheffield, and Tuscumbia straddle the river in northwest Alabama in the area commonly referred to as “the Shoals.”

W.C. Handy, the “Father of the Blues,” and Sam Phillips, who discovered Elvis Presley and other legends, were both from the Shoals. The movie spends time at the Wichahpi Commemorative Stone Wall in Florence. Tom Hendrix built the mammoth serpentine wall as a memorial to his ancestor who was exiled to Oklahoma as part of the Trail of Tears and walked back to the Shoals to be near the “singing river.” The film even pulls Tuscumbia native Helen Keller into the mix, finding a connection with the fact that the deaf, blind, and mute child’s breakthrough word was “water.”

The film focuses on Rick Hall’s FAME Studios and “the Swampers.” “The Swampers” are the Muscle Shoals Rhythm Section who left FAME to open Muscle Shoals Sound Studio on Jackson Highway and who are primarily represented in the documentary by “Swampers” Roger Hawkins, David Hood, and Jimmy Johnson. Rick Hall’s biography alone includes enough tragedy to fuel any number of plaintive country ballads and his compelling and compulsive drive is the centerpiece of the film.

On occasion, Muscle Shoals may go a little overboard in its effort to tell a coherent story and the “singing river” idea might feel a bit stretched at times. Sometimes, liberal use of misleading stock footage is distracting. For example, when the documentary discusses the Shoals hospital where Percy Sledge worked before embarking on his musical career, the stock footage that is shown makes it look like a World War I-era European hospital.

Each time I watch the movie, I am confused as to which of Aretha Franklin’s hits were actually recorded in Muscle Shoals – the filmmakers are a little ambiguous there but a little research reveals that “I Never Loved a Man” was definitely recorded there (and the Muscle Shoals Rhythm Section was brought to New York to record other hits with her). Based on the way the documentary presents the story, one might think that Rick Hall wrote the schmaltzy Clarence Carter hit “Patches” (he didn’t; he produced Carter’s cover – and this documentary manages to make me respect “Patches” in a way I never had before).

Even so, it is the actual footage of Shoals sessions, the Rolling Stones, and other artists in the recording studio, and the director’s passion for the sounds that came out of the place that propel the movie and make it indispensable. Fans of the Maysles Brothers’ 1970 documentary Gimme Shelter about the Rolling Stones’ 1969 tour and the disastrous Altamont Free Concert that ended it will recognize much of the Stones’ Muscle Shoals footage from that earlier film. The Stones recorded “Brown Sugar” and “Wild Horses” in Muscle Shoals.

Ultimately, it’s the music that supports the story that makes Muscle Shoals such a treasure and I challenge any Baby Boomer or fan of twentieth century American popular music to sit through Muscle Shoals without finding at least a few favorite songs that were recorded in those studios. Percy Sledge recorded “When a Man Loves a Woman” there. Aretha Franklin, Bob Dylan, Paul Simon, The Staples, Boz Scaggs, Etta James, Wilson Pickett, Traffic, Bob Seger, Rod Stewart, the Osmonds, Cher, Lynyrd Skynyrd, Jimmy Cliff, … recorded there, and on and on; it makes your head explode that so much essential music came out of such a small town. The tradition currently continues with groups such as the Birmingham-based soul band St. Paul and the Broken Bones whose recent album Half the City was recorded in the Shoals.

For me, an added treat in the movie is interview footage with Donna Godchaux, a Shoals native who, with her late husband Keith, was a member of the Grateful Dead in the ‘70s (the Dead never recorded in Muscle Shoals as far as I know). Donna got her start as a session singer in the Shoals and she lives there now. I very briefly met her when I was working backstage at the Grateful Dead concert in Tuscaloosa on May 17, 1977 (I also met Jerry Garcia that day). It was an amazing concert but my most vivid memory of it is hanging out in front of the stage for a bit during the show with the Godchaux’s toddler, Zion. We were rolling a toy Texaco truck back and forth. Zion would be in his forties now and is part of the band BoomBox.

If you haven’t seen Muscle Shoals yet, check it out. I promise it will leave you smiling.