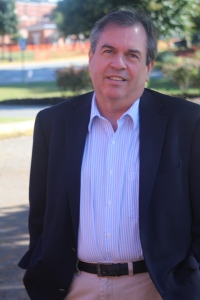 Edward Journey is an educator, theatre artist, and writer who calls Birmingham, Alabama, “home” although he retired as a university professor in Huntsville, Alabama, in May 2020.  Edward has lived in four of the five largest cities in Alabama as well as in Georgia, Indiana, Mississippi, Nebraska, Tennessee, Texas, Utah, and Virginia. His interests are diverse and far-flung but seem to be most focused on the American South. He holds a B.A. in political science and an M.F.A. in theatre — both from The University of Alabama.

“Professional Southerner” is an online journal focusing on topics — Southern and other — that stoke  Edward’s  interests. He has been told that he has a tendency to “think loudly.” Perhaps, by writing this journal, his loud thoughts will become more specific and defined.

Edward may be reached at likatrip@yahoo.com.

(The title image is taken at the Eastern Shore of Mobile Bay, a favorite refuge.)