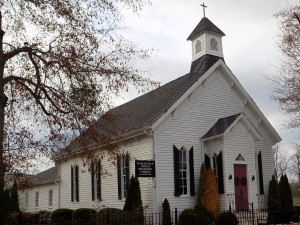 Here, again, is an updated version of an essay, “Why I Mail Christmas Cards,” from December 2014. Each year, I am asked about my Christmas card project so here’s another take:

My Christmas cards went in the mail on December 1. I started designing my own Christmas cards in 2004 and it has become something many of my correspondents seem to appreciate. And now expect.

When I decided to design my own Christmas cards I wanted to feature photographs that represented December in the South. I developed rules: 1) The photograph had to be taken during the month of December and 2) the photograph had to be taken somewhere in Alabama. Those are the only hard and fast rules but over time most of the photographs have been of old country churches I have discovered around the state. A couple of times the image has been landscapes around Mobile Bay where I try to spend some time each December. The project began shortly after 9/11 and every card since then has included the phrase “Peace on Earth.”

The 2017 image, by the way, is a church in Maplesville, Chilton County, Alabama, that was built around 1871, the year that Birmingham was founded. It sits serenely beside a railroad track, down the street from the town’s old train depot

I have realized that the frequent choice of little white country churches for the annual mailing almost makes it seem like I’m sending the same card every year. I’m toying with the idea of some changes for next year’s Christmas card. Stay tuned … 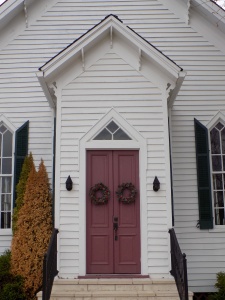